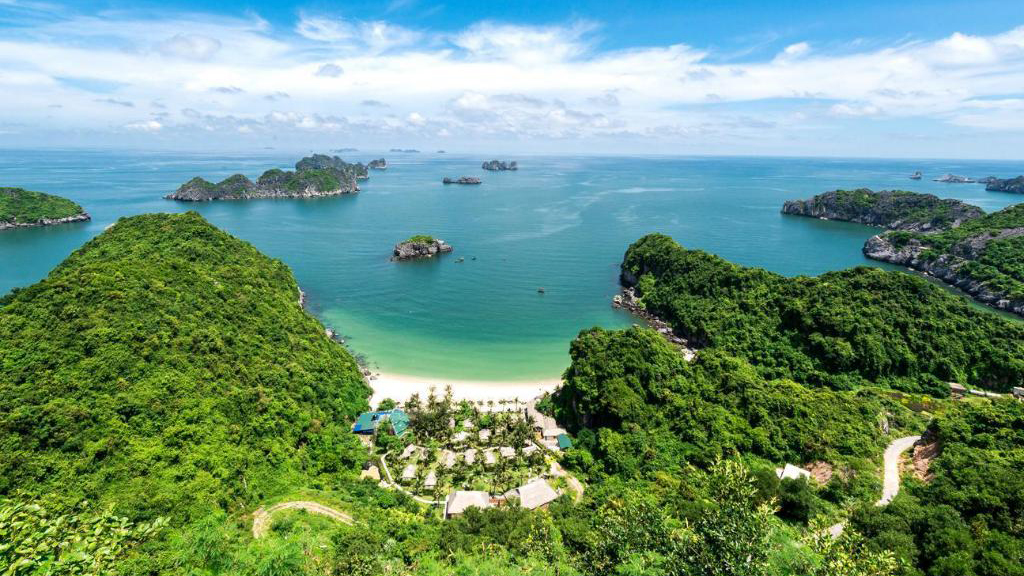 Cat Ba National Park is a national park in northern Vietnam. Cát Bà is situated on Cát Bà Island in Ha Long Bay, is administered by the city of Hai Phong, and belongs to the Cát Hải District of Hai Phong.

The park is located approximately 30 km east of Haiphong, covering about 263 km² and comprising 173 km² land and 90 km² of inshore water.

Cat Ba National Park was established on 31 March 1986 under No.79/CP decision of the Council of Ministers of Vietnam (now the government). Including marine ecosystems, terrestrial forest ecosystem, mangrove ecosystem.

The roads lead to the national forests of Cat Ba.

Cat Ba National Park is full of a region of rugged mountains with elevation <500 m, of which most are in the range 50–200 m. Cat Ba island is mainly limestone alternating narrow valleys running along the northeast-southwest.

Rocks of the island are mainly limestone.

The limestone soil: It is weathered soils or brown reddish-brown limestone and development on sandstone, soil> 50 cm, pH = 6.5 to 7. Distributed under the forest canopy, scattered in the garden.
The hills feralit brown or brownish yellow on the development of limestone products less acidic or near neutral. In this soil type feralit white or gray yellow brown clay shale development on the hills and sour, thin soil, you’re going bad, and rocky, dry soil plates move.

The valley of dry soil development on limestone or limestone products, concentrated in the valleys, the natural forest cover.

The accretion of land submerged by product deposition in the estuary, the mangrove area development on the Cai Vieng, Phu Long.

And the single best tree frogs in the pond-area subdivision strict protection. There is a forest type is the type of evergreen tropical rain forest, but due to terrain conditions, land and water regimes, so there is some kind of secondary forests: forests on limestone mountains, mangrove forests along the island, freshwater marsh forest on the mountain. Forests here are also many unique types of forests as ecological associations Kim Affairs (in the region near the peak of Ngu Lam) And the single best (Frog Pond area).

Botanical ingredients are 741 different species, many trees you as son of, while flowers, lim flashed, chestnut flower delivery needle, white type, for the great, the world only in the Himalayas, flooded plants 23 saltwater species, 75 species of seaweed, 199 species of phytoplankton.