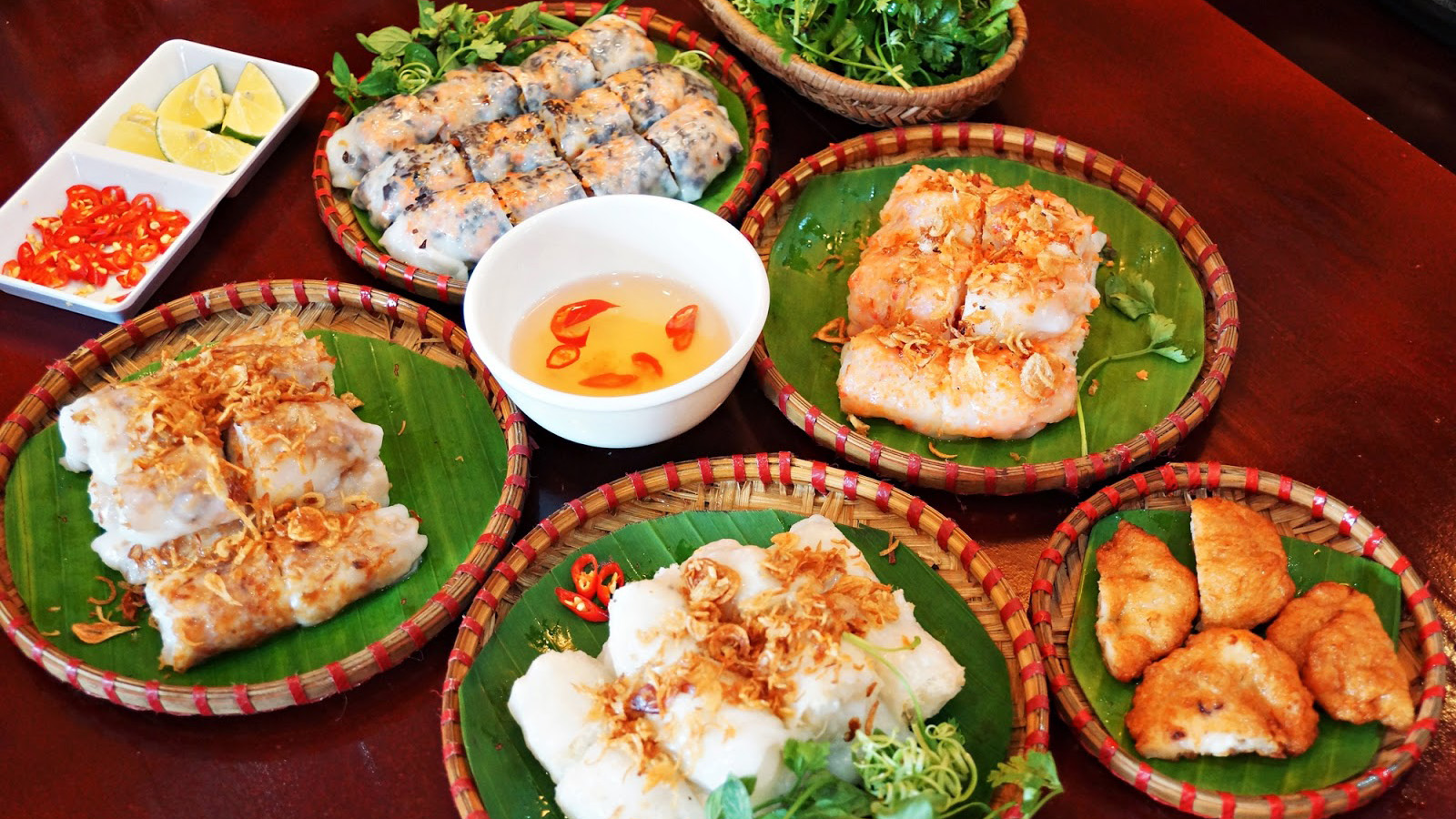 Hanoi, the millennial city that converges the quintessence of the whole country, has been famous for unique customs, lifestyles and subtle and sophisticated cuisine. Over time, the dishes of the capital city have confirmed their position in the national culinary culture.

One of the highlights of Hanoi’s cuisine is street peddlers, which appear to meet the demand of the people in the crowded croft streets. Snacks are found anytime in Hanoi tour. They may be cheap or expensive, meeting the demand of different groups of diners.

Hanoi has rich food traditions and many of Vietnam’s most famous dishes, such as phở, chả cá, bánh cuốn and cốm are thought to come from Hanoi. Perhaps most widely known is Phở, a simple rice noodle soup often eaten as a breakfast dish in the home or at streetside cafes, but also served in restaurants as a meal.
Two varieties dominate the Hanoi scene: Phở Bò, containing beef, and Phở Gà, containing chicken.

Hanoi has a restaurant about the insect food, in Khuong Thuong village, Hanoi. The most special cuisines at his restaurant are those processed from ant-eggs, in the styles of Thai people or Muong and Tay ethnic people in Vietnam.