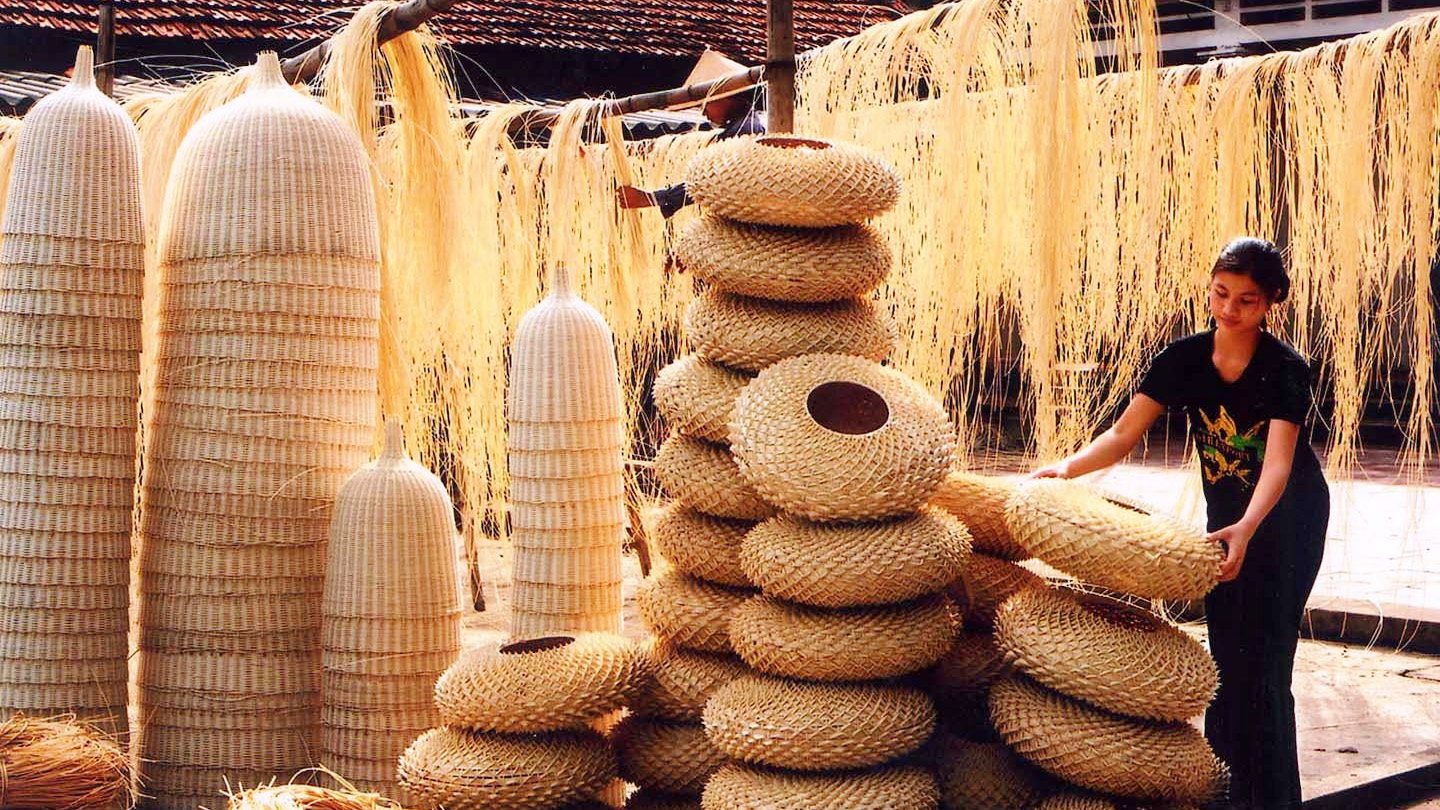 Just outside of Hanoi is a rich artisanal history of craft villages with colorful workshops and handcrafted goods.

The Red River valley in Vietnam has a long and rich artisanal history, and this was one of the reasons why Emperor Lý Thái Tổ picked Hanoi as the imperial capital in 1010. Hundreds of specialized craft villages, like Ha Thai surround Hanoi. After it was declared the capital, craftsmen from these villages began to establish workshops in what is now known as the Old Quarter. Today, each street in the Old Quarter is still known for a specific craft and linked to the village where it it originated.

Hang Trong Street, famous for its handcrafted drums made of wood from the jackfruit tree and water buffalo hide, is home to one of the oldest craft guilds in the Old Quarter. As the story goes, when Emperor Ly left for the new capital, the craftsmen of Doi Tam village (about 60 miles away from Hanoi) lined the streets and beat their drums when he passed. The emperor invited some of them to Hanoi to establish a drum-making center. Most drums sold on Hang Trong Street in the Old Quarter today are still made in Doi Tom.

Craftsman Phan Van Quang was born into a wood carver’s family, originally from the village of Dong Ky. He now sells his beautifully carved cookie molds on Hang Quat Street in the Old Quarter, but they are made about 8 miles from Hanoi in a family workshop in Dong Ky.

In the village of Ha Thai, Bang and his family carve and paint traditional water puppets for the Thang Long Water Puppet Theatre in Hanoi. Ha Thai is also known for its lacquerware.